US WEST | You Have The Power | Branding Demos 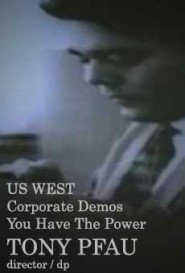 US WEST – You Have The Power

Here are two passes of the same show, but, different VO’s and edits. Why you might ask?  Well, the answer is simple, to show how well I can play with corporate clients and adapt  to edit entirely different programs from the same script.

Often those of us who’ve been self employed get a bad rap from a false fear that we freelancers can’t play well in the corporate environment or would shake up the corporate aquarium. . As anyone who’s been doing this for years can tell you, those of us that have corporate clients,  need to cooperate and adapt better than the internal staff in any given enterprise, or we lose our clients.  Creating two different shows from the same script is only one example of the flexibility we creatives need to support corporate cultures.

So take a look for yourself.  You’ll see same footage, two entirely different reads and feels, both produced and edited by Tony.

I literally did hundreds of programs for this telecom, everything from branding, to employee motivation, training, B2B, B2C, B2E.

These are up-rezzed from early quicktime codecs, so they will not be as clear as the originals were when they were released, but, you’ll get the point.